june 15, 2019 is the day of traffic safety. in the context of the demonstration in schönhauser allee, berlin, organised by civil-society initiative stadt für menschen, p.u.r.e. explores the possibilities of parking the human body on the street through self-experimentation. the results are a contribution to the urban design of the future, which transforms the street from functional transit area into the restful BODY PARK for EVERY-BODY. 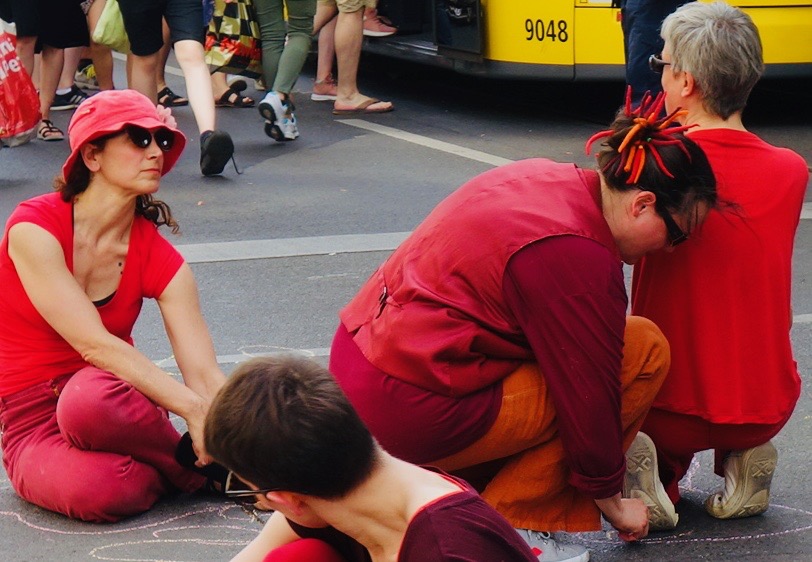 in 2015 gehl architects in copenhagen were asked by berlin senate to rethink the city’s approach to streets as a public space. one of the research sites was schönhauser allee. the “small” vision developed by gehl is among others to minimize car parking, reducing the semi-permanent ‘barrier’ effect of static parking and freeing up space for people activities. the “large” vision is to close one side of the street completely for car traffic and to give the whole space to people and bikes. the action on june 15 organised by stadt-für-menschen reminds the general public of these existing plans and requests their implementation.

our performance takes up the visionary approach of gehl and claims the shaping role of the human body in the process of re-thinking and re-designing public space. 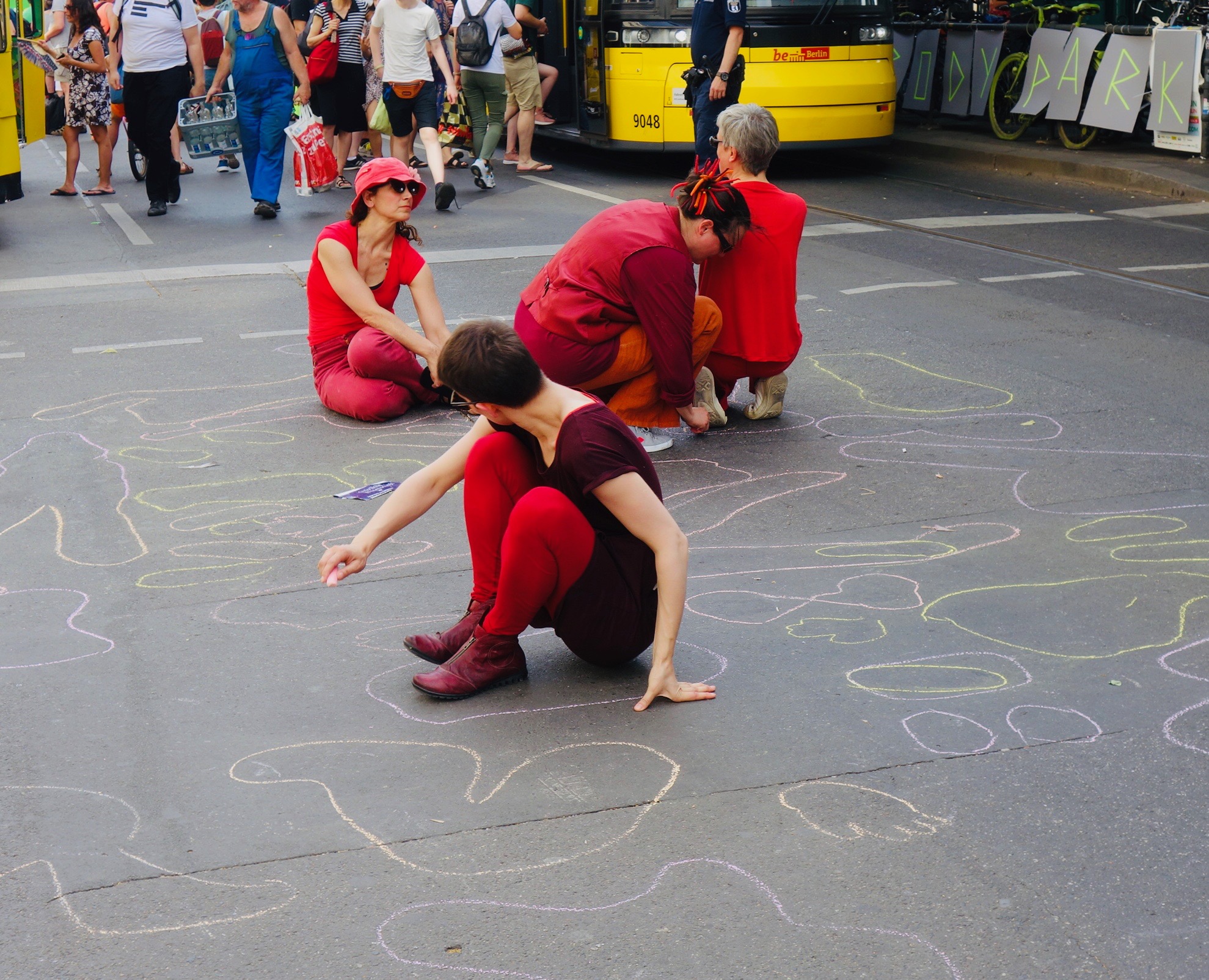 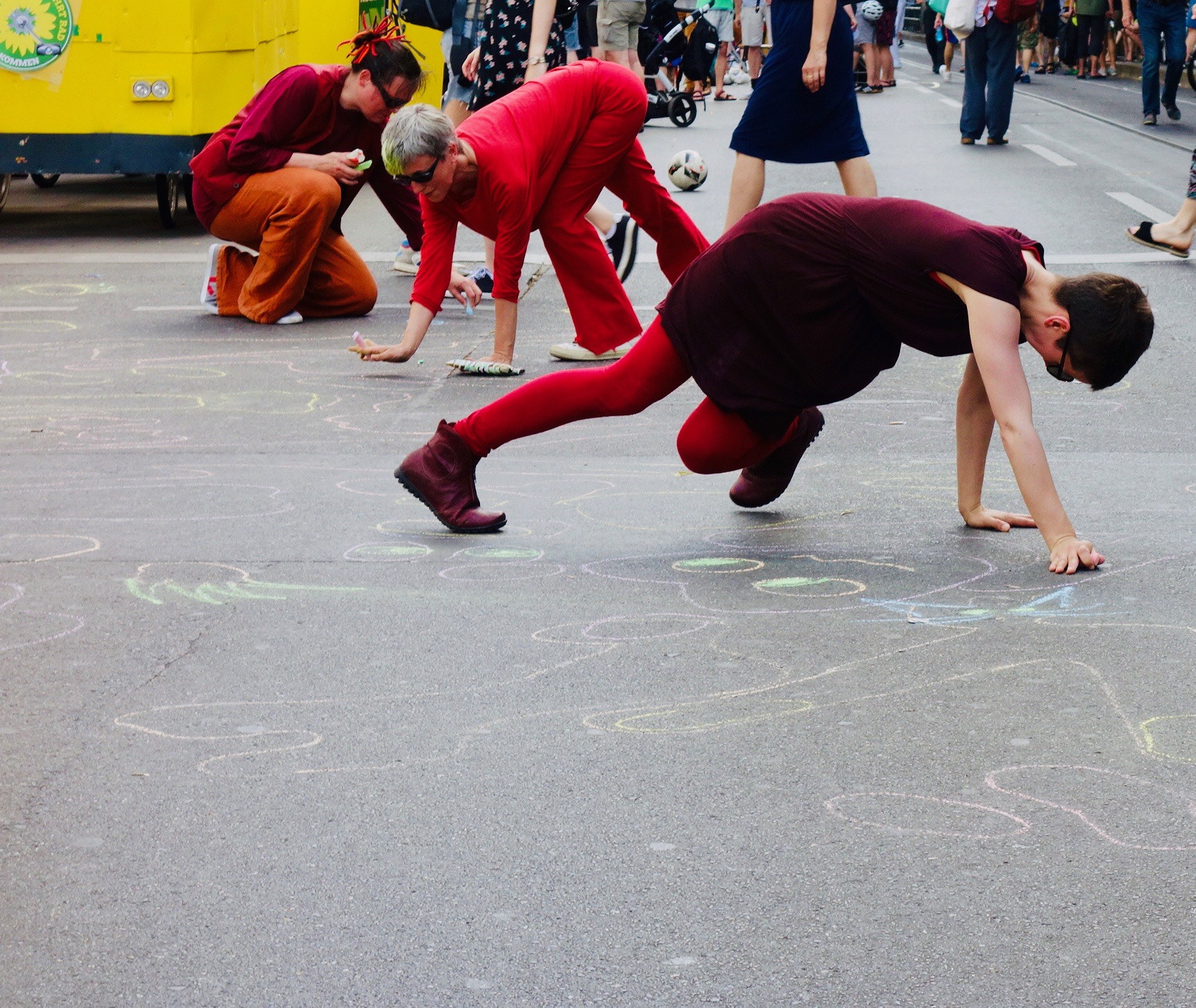 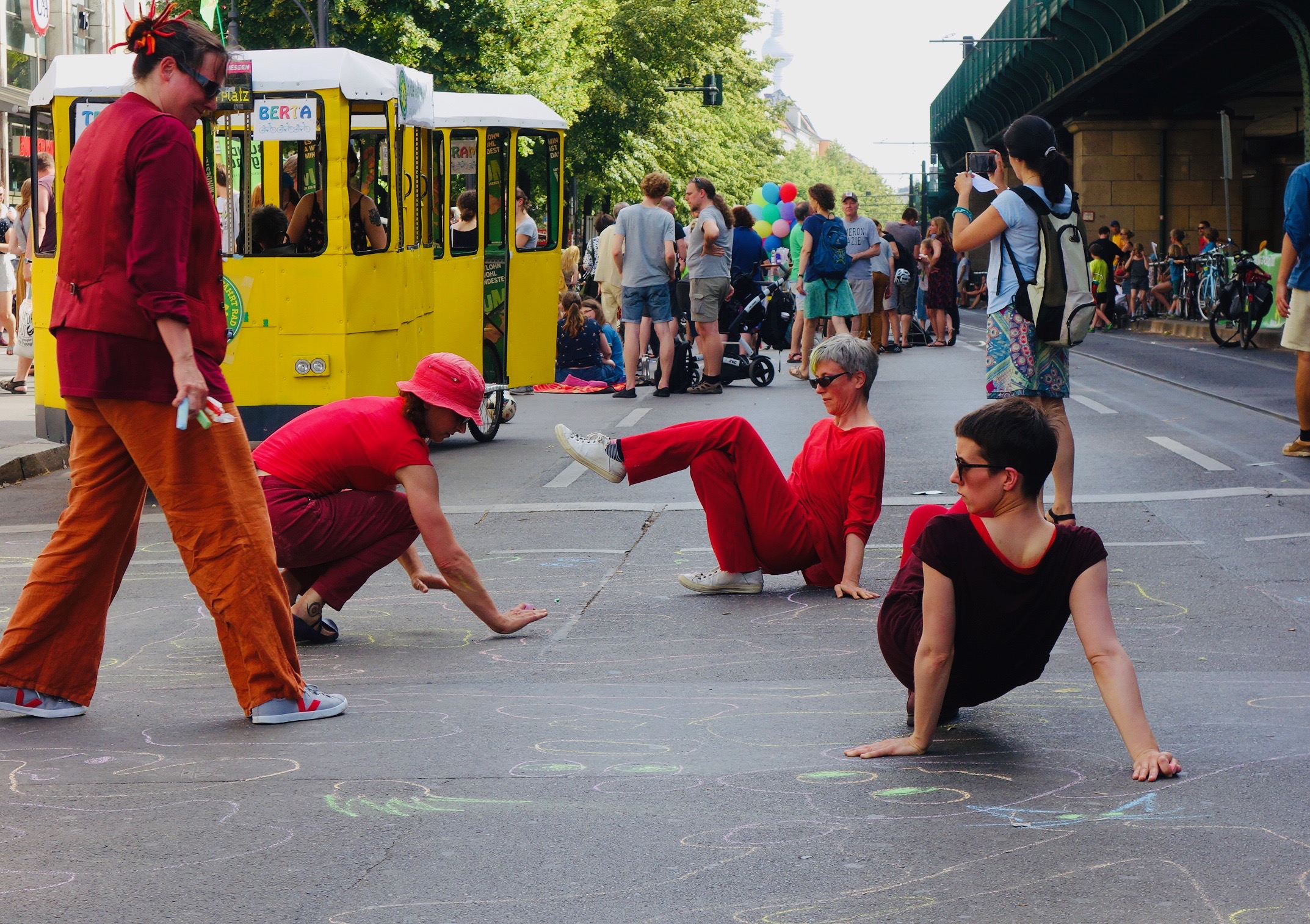 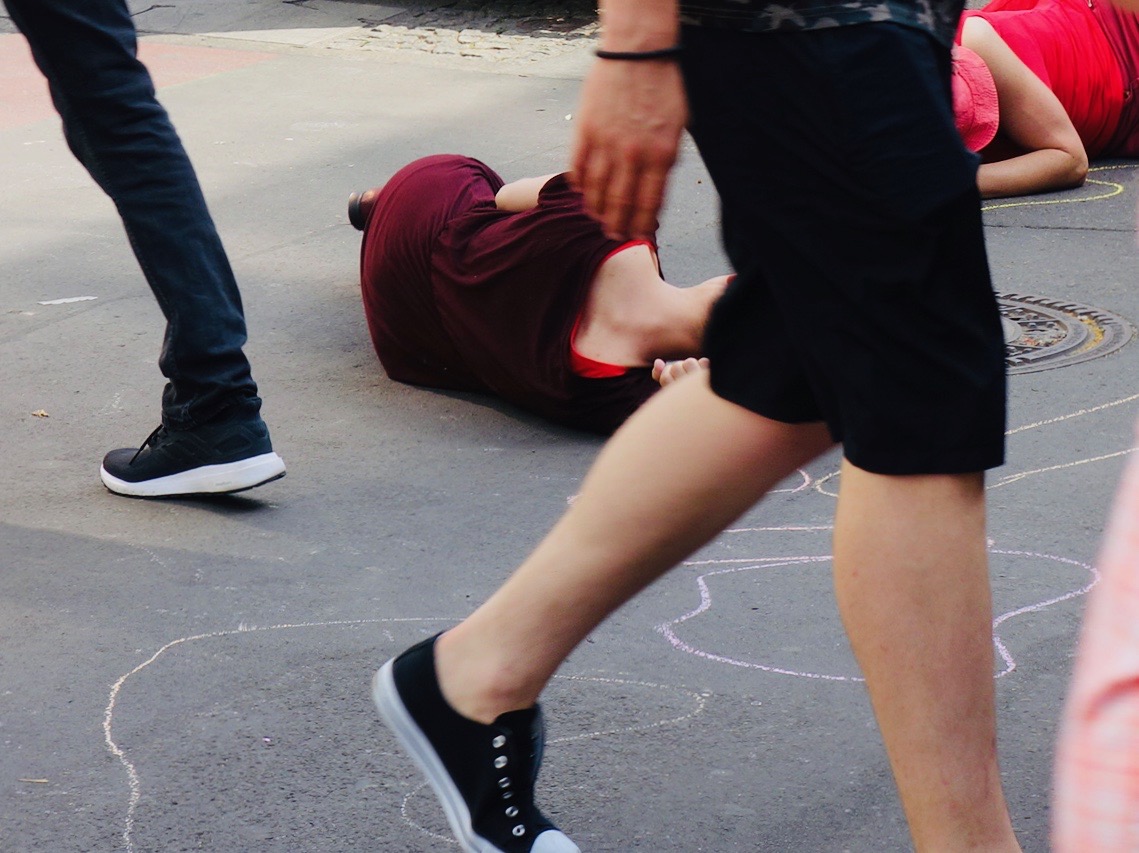 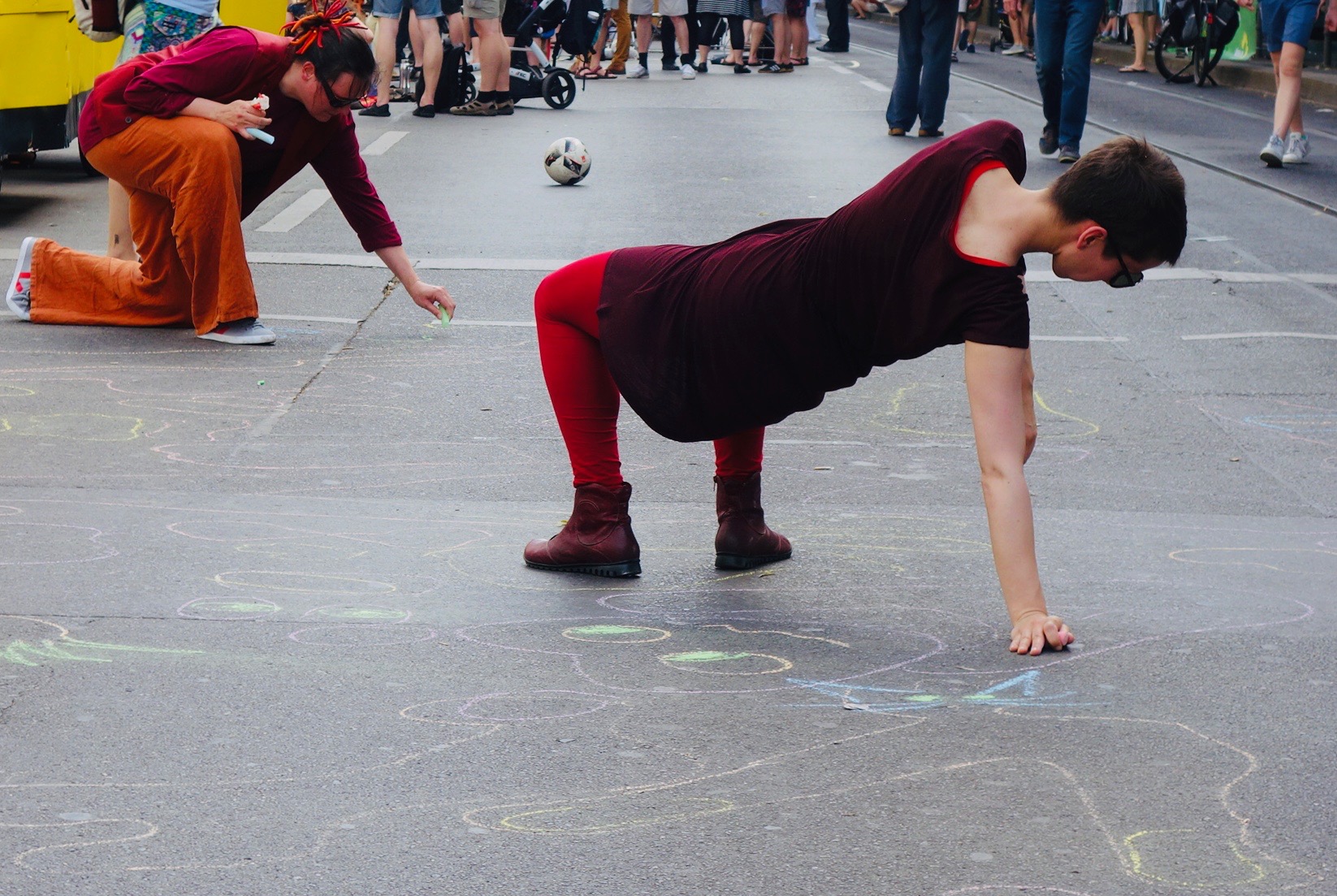 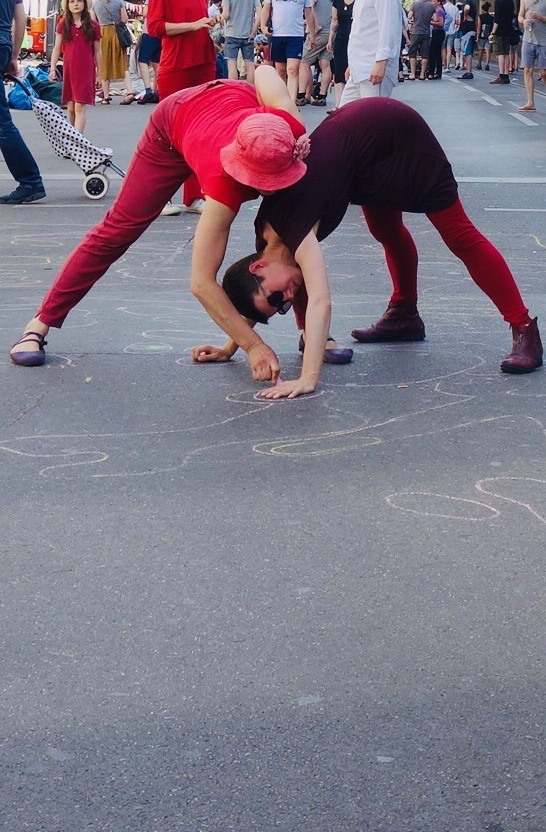